Not only did she battle the demons of terrorism at her work, but she also fought the demons of toxic patriarchy at her home. She has been awarded many gallantry awards, including the Ashok Chakra, but no piece of silverware could ever encapsulate the bravery and love she had inside her.

She was Neerja Bhanot.

Her life is a great inspiration to all of us and is an example of what we are capable of doing when backed into a corner. The scientists say that such people have an “Adrenaline Rush.” I prefer to say that they are ‘bravehearts.’ Neerja had a good life until the point she got married, but then it took a real sour turn for her. After she overcame this patch and joined Pan American World Airways, commonly called Pan Am, she faced with a situation that would claim her life. In both instances, she stood still. 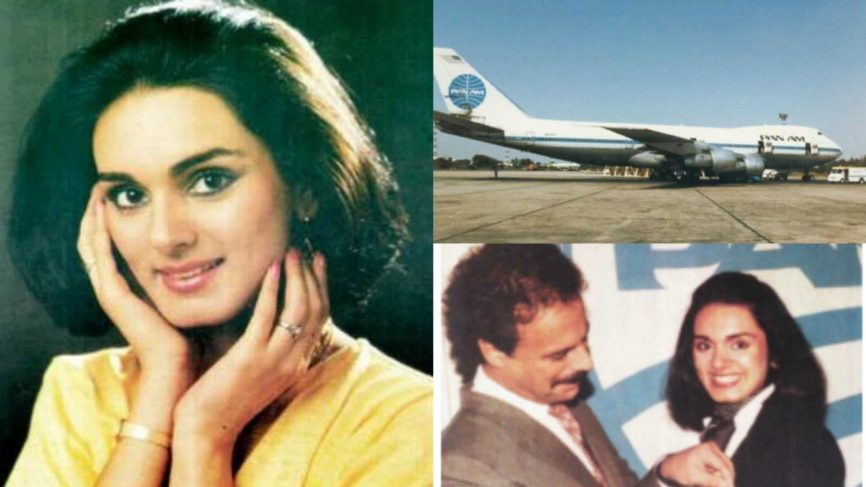 Despite her in-laws agreeing to the marriage is a “no dowry wedding,” they turned against her pretty quickly, saying that any girl must contribute to the household she was going to marry. She was forced to pay for her right in her extended family, but she let it be. However, she continued to face abuse at the hands of her ex-husband, Naresh Mishra, often starved off money and food. A humiliating letter sent to her by her husband, while she was in India, was the last straw. The letter demanded her to come back to his home, and imposed a list of conditions onto her, and threatening they would separate if she did not agree. Pretty much like the ultimatum issued by the Austrian Umpire to Serbia before World War 1, the conditions were rejected.

“Of the 23 years of her life, Neerja had lived 22 years and ten months under bracing sunshine.” said her father about her death in the hijack incident. The two months he omitted? They were the two months she was married before filing for a divorce. Her husband and in-laws had turned out to be so toxic that her marriage did not last even a quarter of a year. While divorces are tearing away the social stigma and taboo associated with them, they were still very shocking in 1985.

Despite this, Neerja refused to stay with her husband, even if it meant a compromise with her self-respect.

She came back to India to restart her career as a model. She was known to be beautiful and had a pleasant personality to go with it. Bhanot was a model for a multitude of brands throughout her life, most notably in ads for Krackjack and Amul. However, it was the behavior of her husband, and the subsequent divorce, that fuelled her desire to stand her own feet. She was selected to be an air hostess, getting to the top 80 from a pool of 10,000 applicants. (Random fact: Neerja was not an air hostess, she was a purser. A pursuer is someone who handles the accounts as well as the administration on the flight, and the cook and air hostesses answer to them). She made her profession into her life, which makes it even more ironical that being in the plane at that moment is what took her life. The plane taking off from Mumbai had stopped in Karachi when a group of radical militants hijacked it. Neerja and her crew ensured that the news of the hijack was relayed back in time, and the flight could not take off. They then handled the passengers of the plane for hours, which must have felt like days. When the terrorists were distracted, Bhanot opened a gate and started to let passengers out. On being caught, she was shot in the head. For her bravery, she was awarded many gallantry awards and became the youngest Ashok Chakra, recipient.

She was shot point blank by the terrorists who had hijacked the plane. She died saving civilians and is one of the biggest reasons why the attempted attack on civilians was foiled. She had the opportunity to exit first when the gates had opened, but she chose to stay in and help other people escape without harm. In a moment of life and death, where a matter of seconds would change everything, giving up your survival for the sake of complete strangers is a level of selflessness almost impossible to imagine. But, Neerja did it. Her story was popularised by the 2016 movie, titled ‘Neerja.’ Bollywood actress Sonam Kapoor portrayed her on the big screen, and the film followed the lives of the passengers and crew during the plane hijack. The movie not only collected more than 100 crore rupees but also won two National Awards, which is a feat in itself. Director Ram Madhvani and Sonam ensured that Neerja became a name familiar to every household in India in a matter of weeks. It is hard to imagine someone having self-respect and nature of sacrifice. How does one sacrifice themselves, if they value themselves the most? As Neerja taught, it is not just about value; it is also about need. Do not lower yourself in your own eyes for the whims and wishes of people, but do not be afraid to let your body on the line when helping someone in need.

People have different heroes based on what they do, or what the like. Some young people idolize Messi and Ronaldo. Most cricket fans go gaga over Dhoni and Kohli. Some people take the men in the army to be their heroes. Some women look up to Emma Watson and Michelle Obama for inspiration. And everyone should have the right to choose their hero.

But, I ask, what about a modern-day idol, who became a symbol of hope to the distressed? A young, 22-year-old girl, broke through the claws of dowry and injustice, fled Qatar to relocate in India, despite the disapproval from the society she would get. This girl managed to get into one of the most reputed airlines in the world while maintaining her life after a messy divorce. This girl took a bullet to her head because she could not stay quiet as injustice roared its head, and she would not let innocents die. This girl was the Indian Joan of Arc, who died saving her nation.

This is a hero we need, but not one we deserve.